I have a Sebring 5000 which my father purhased back in 93 pre-assembed. This one seems to have been assembled with power windows. That being said the power windows have been a constant headache. The motors are old and rusty and have seized up severl times. I have managed to get them moving again a few times but the car sat for a few years after I joined the military and I believe the window motors have finally moved past salvageable. I want to find a roll up window regulator which will fit in the door of the 5000, preferably with a central track as opposed to an arm as I believe I will be able to more easily replace the central track electric acctuators I currently have. Does anyone have any suggestions as to what model of car I should get window actuators from? I got some generic Nissan ones but they were taller than the doors. I think the electric ones have 14" tracks. 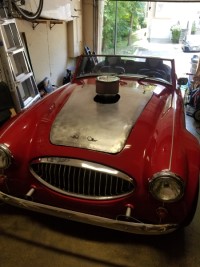 Re: Replacing the power windows

My Sebring used Volkswagen Beetle inside and outside handles, latches and window regulators. Not sure what the later cars used.